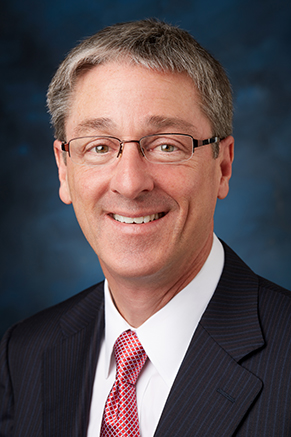 ‌Timothy Law Snyder was named the 16th president of Loyola Marymount University in March 2015 and assumed his responsibilities on June 1, 2015. Snyder has been a professor and administrator for more than 20 years at Jesuit institutions, most recently as vice president for academic affairs at Loyola University Maryland from 2007-14. He was also dean of the College of Arts and Sciences at Fairfield University from 2001-07, and dean of science at Georgetown University from 1995-99.

Snyder’s career has been devoted to the Jesuit and Marymount tradition of education of the whole person, encouragement of learning, and the service of faith and promotion of justice. He told LMU magazine: “We don’t just educate well, we educate with purpose. And we have the incredible academic freedom to think and talk about anything, and to forge faith with reason. Not many places do that, and only the Jesuits do all the above.”

He has published and presented widely on his research interests, including computational mathematics, data structures, design and analysis of algorithms, geometric probability, digital processing and computer music. Recently, he has been working on risk assessment, with applications in commercial air travel, HIV and other areas. He has spoken nationwide about the Millennial Generation and ways to educate them. He has practiced “technogogy” for more than 20 years and created LCAST, a series of podcasts aimed at helping students.  The podcasts also feature original music he has written, arranged, recorded, produced, mixed, and mastered; his music can also be found on iTunes.

At the time of his appointment, LMU’s Board of Trustees Chair Kathleen H. Aikenhead said, “Timothy Law Snyder is the best person to lead LMU forward. He has a long and distinguished career in Jesuit higher education as a teacher, scholar, dean and vice president, and has a passion for our mission of creating the well-rounded person within a rich academic community of excellence. We are grateful to have his experience and leadership.”

He said he will encourage students to study abroad more and create more partnerships between the university and technology, film and fine arts companies. “L.A. is one of the most creative places in the world ... and we should take advantage of that,” he told the Los Angeles Times.