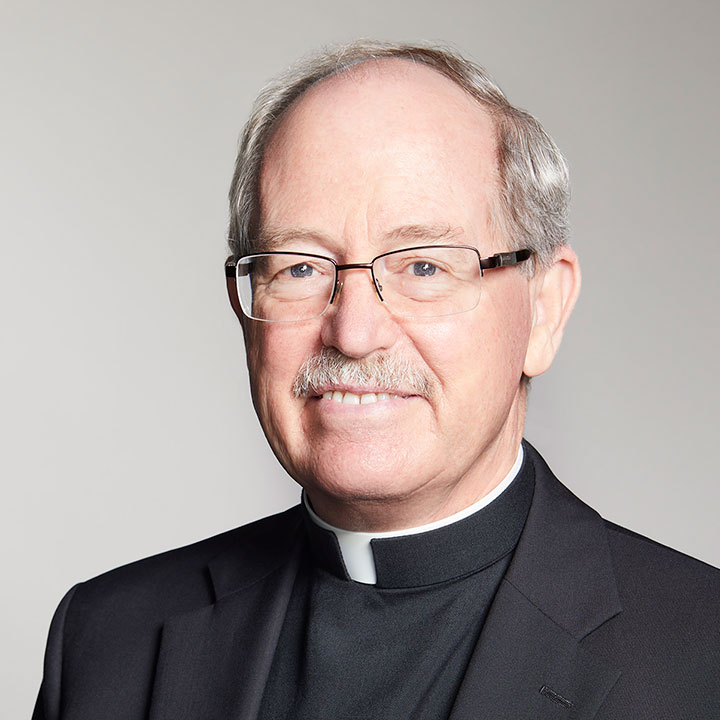 Mike Engh, S.J. returned to LMU to serve as Chancellor, effective October 1, 2020. A third-generation Angeleno, he is delighted to be back in his hometown and safely root for the Dodgers again.

Prior to his appointment as SCU president, Engh served as Dean of the Bellarmine College of Liberal Arts and professor of history here at Loyola Marymount University. A teacher and American historian, he published on the history of Los Angeles and the role of religion in the history of the American West. He was ordained a priest for the Society of Jesus in 1981. He holds a B.A. from Loyola University of Los Angeles, now LMU (1972); an M.A. from Gonzaga University (1978); a Master of Divinity from the Jesuit School of Theology at Berkeley (1982); and a Doctorate from the University of Wisconsin-Madison (1987). He was a co-founder of the Center for the Study of Los Angeles, helped establish the Center for Ignatian Spirituality, and led the Jesuit Community in building a new residence. He also co-founded the Los Angeles History Seminar at the Huntington Library, now known as the Los Angeles History and Metro Studies Seminar.