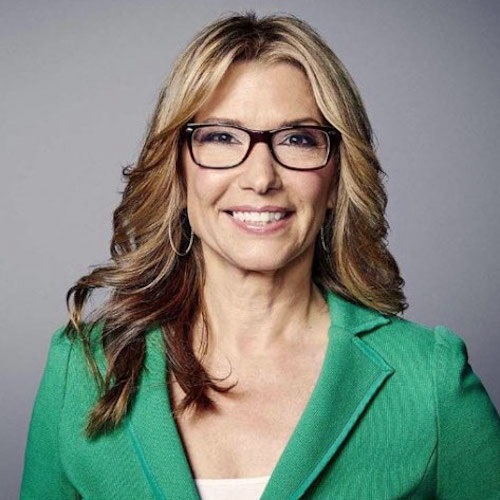 Carol Costello is an award-winning journalist and former anchor and correspondent at CNN and HLN. Her distinguished career as a local, regional, and national broadcaster spans three decades, covering a broad range of world leaders, events, and politics. Costello serves as special advisor and ambassador at LMU and teaches a broadcast journalism course in LMU’s journalism program. She also hosts “I Hate Your Generation,” a podcast series exploring the generational divide.

At CNN, Costello was at the forefront of some of the world’s most significant stories. She was part of CNN's Peabody Award-winning coverage of the Gulf Oil Spill, Hurricane Katrina, and the 2008 presidential election. She also reported on Pope Francis’ visit to the United States, the Boston Marathon bombing, the last space shuttle launch, the Ohio midterm elections, the shooting at Virginia Tech, the tsunami disaster in South Asia, the Russian school hostage crisis, and Hurricanes Charley, Frances, Ivan, and Jeanne. Carol interviewed four former U.S. presidents: President Jimmy Carter, President Ronald Reagan, President George H.W. Bush, and President Bill Clinton; and she covered five presidential inaugurations as well as the 2012 and 2016 presidential elections.

Before joining CNN, Costello worked at WJLA-TV in Washington, D.C., where she was an anchor and investigative reporter for five years. Prior to that, she spent three years at WBAL-TV in Baltimore. She began her career as a weekend anchor and reporter for WAKR-TV in Akron, Ohio, then moved to WBNS-TV in Columbus, Ohio, to serve as the station's principal weeknight anchor. Costello earned a degree in journalism from Kent State University in Ohio.

Costello's reporting has been honored numerous times, including a 1991 Emmy Award for a special on crack and cocaine, a UPI award, and several Associated Press awards. She received an Emmy nomination in 1993, then again in 2008 for outstanding coverage of a breaking news story after Benazir Bhutto’s assassination. In 2009, she received an individual Emmy nomination for Outstanding Morning Program.

Please use one of the approved texts when introducing Carol Costello